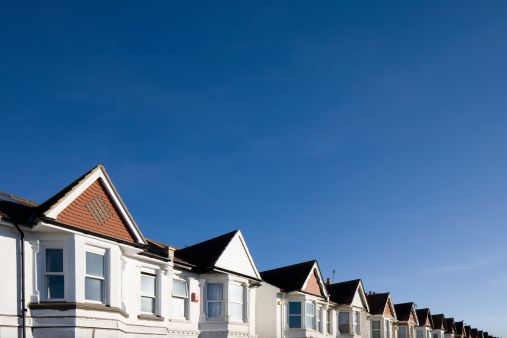 In 2007 up to 2008, financial institutions suffered near collapse after they were beset by the financial crisis. This crisis was known as the Global Financial Crisis, the worst since the 1930’s Great Depression. Bailouts happened, as well as economic downturns on stock markets the world over.

This led to the sub-prime mortgage crisis in the United States. As it is, banks have to provide emergency bailouts to mortgage lenders due to restrictions in the availability of loans. The repercussions of this crisis were felt in the United Kingdom, particularly in its realm of property market.

It was during that time, September 2007 in particular, that the global financial crunch was felt in the Kingdom. The Bank of England had to provide emergency funding to Northern Rock, Newcastle-based mortgage lending firm. The 5th-largest mortgage firm in the U.K. suffered what was known to the media as the Northern Rock Crisis, and it caused panic scenes on the high street. It also became apparent that the U.K. credit crunch began because of this.

The Reason for the Bailout

Cash is needed in order for the business to thrive. It was not the case in the mortgage business, particular for Northern Rock that time. Due to the vast losses of investors in loans to homebuyers in the United States who have poor credit history, banking institutions and investors weren’t able to buy debt from mortgages. One of the firms affected by this was Northern Rock.

The UK property market scene has already changed since the 2007 global credit crunch that affected Northern Rock. In fact, last month marked this fearsome event, at least for homeowners. What changed, however, was that give years since this crisis, selling property to potential homebuyers has become a challenge. How was that so? Here are some statistics, where everything dipped down:

With the events five years ago, it is safe to say that the property market landscape has changed drastically. Northern Rock, meanwhile, is still alive and running its operation still. But then, as a whole, a lot of potential buyers in the UK are still having doubts with regards to purchasing any property. As it is, the United Kingdom’s property market may not be the same as it was before.