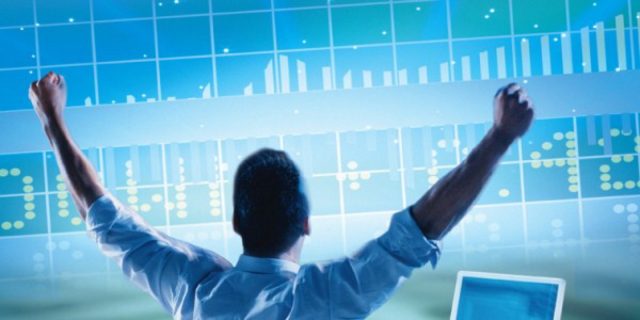 This article is written by Phillip Konchar, Head Tutor at the online trading courses provider My Trading Skills. Market psychology refers to the cumulative psychology and actions of all participants in the market. In essence, all financial markets move because of actions that are undertaken by market participants. Stocks rise when the buying pressure outsizes the selling pressure, and currencies fall if there is a larger number of sellers than buyers at any given time.

Analysing market psychology gives an insight into the very basics of the markets and tries to anticipate whether demand will be larger than supply, thus increasing the price of the underlying financial instrument, or vice versa.

Why is Market Psychology Important?

The markets show an interesting crowd behaviour, which is the reason why trends tend to accelerate once formed or why breakouts occur on a large trading momentum. Market participants jump into the market and replicate the actions of other traders, which in turn accelerates the underlying price-moves of trends and breakouts.

Read: Trading Psychology: How to Control Emotions While Trading

Another important tool that is used by many traders to shed light at the current market psychology is market sentiment. Market sentiment refers to the general view that market participants currently have on the market.

These are only some of the questions that market sentiment analysis tries to answer.

One of the most popular tools in market sentiment analysis is the Commitment of Traders report, published by CFTC each Friday. This report measures the changes in market positioning of retail traders, large market participants and commercial firms in order to get an insight into the current market sentiment. The following chart shows an example of a Commitment of Traders report on the US dollar.

The chart shows the weekly US dollar index chart with values from the CoT report plotted underneath the price-chart.

The green line represents large speculators, the blue line is for small speculators, and the red line represents commercials. Commercials don’t participate in the Forex market to make a profit from future exchange rate moves, but rather to mitigate their current market risk through hedging. That’s why the red line (commercials) is usually inversely correlated to the green line (large speculators), as their intentions in the market are completely opposing.

It’s important to pay attention to extremely bullish or bearish market sentiments. According to the chart above, the current market sentiment is quite bullish on the US dollar as shown by the green line which is in the positive territory. The price-action has also been bullish in the recent weeks as market participants are increasing their bullish bets.

That said, traders need to prepare for a price-correction if the bullish or bearish sentiment becomes too high. The reason for this is profit-taking and position-unwinding – if a large number of buyers close their trades and sell their positions, the increased selling pressure may trigger a down-move in the price.

Bandwagon effects are also capable of accelerating price-moves in both the short-term and long-term. Research has shown that market participants tend to have extrapolative expectations over the short run, and regressive expectations in the long run. These behavioural patterns can cause the price of a financial instrument to significantly overshoot its equilibrium value justified by fundamental factors alone.

The Bandwagon effect has a substantial impact on intraday trading, according to the FX dealer survey shown above. Over-reaction to news, another typical behavioural pattern of market participants, has the largest impact on intraday price-moves according to the same survey. If you want to read the whole research, take a look at the following link: How Do UK-Based Foreign Exchange Dealers Think Their Market Operates?

Watch: What’s the difference between investing vs. trading?

The Psychology Behind Trends and Chart Patterns

Chart patterns are quite similar to trends when it comes to market psychology. A break of an important chart pattern, such as the Head and Shoulders pattern, will attract many breakout traders which in turn accelerates the breakout even more. That’s why we often see strong breakout candlesticks which form on a large trading momentum. In this regard, both chart patterns and trends become a kind of self-fulfilling prophecy until fundamentals or profit-taking activities cause the price-move to reverse.

Market psychology is an extremely important aspect of trading. The majority of market participants are humans who exhibit characteristic behavioural patterns which can be used to anticipate future price-moves. In essence, market psychology tries to describe the psychological forces that impact the supply of and demand for a financial instrument – forces that form the basics of all financial markets.

Top Things You Need To Know About Online Trading 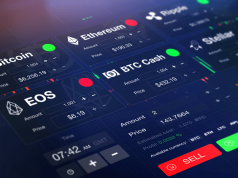 A Complete Guide to Using the Auto Trader Software in 2021