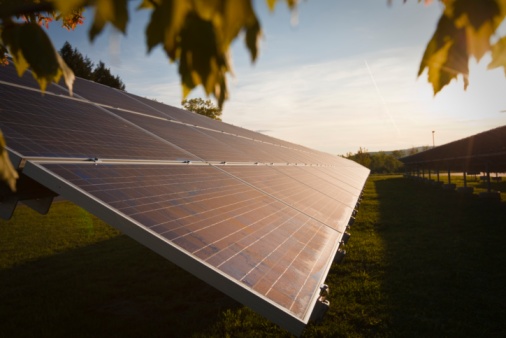 Solar panels are now in use across the world. The most logical place to take advantage of solar panels would probably be the Equatorial regions, which would normally stand the best chance of reliable generation. As demand increases among newly developing countries such as Brazil and India, their output will almost certainly climb to match that of the European producers.

Although China is dependent on huge fossil-fuel power stations it is also developing much of the world’s solar technology and is a major manufacturer, and it is set to develop as a major user of solar power. Currently, energy use is concentrated among centres of dense population, and the top 5 energy producers are all developed countries.

1. Germany
Despite being located in northern Europe and not renowned for its golden sunshine, Germany ranks as the world’s largest purchaser and user of solar panels. It has a solar photovoltaic capacity of almost 25 gigawatts (as of 2011) and has developed several large-scale solar plants, the largest of which is the Senftenberg Solarpark. Germany is committed to having the majority of its energy generated through renewable sources by 2050.

2. Spain
Traditionally the largest producer of solar energy due to its sunny climate, Spain has seen production levels drop due to the recession. However it will eventually resume high levels of generation to take advantage of its new Jumilla facility, which at 100 hectares, stands to be one of the largest solar farms in the world.

3. Japan
A world leader in solar energy, Japan’s lack of natural resources and expanding population have pushed it to look for alternatives to traditional energy sources. Good government stimulus for new solar panel developments has been expanded to schools, which are among the first public institutions to become solar-powered.

4. USA
Although the US lags behind Europe in the solar power stakes, new legislation will make it easier to promote and install solar panels, and homes and businesses bought twice as many solar panels last year than the year before. With abundant sunshine in the southern states, plans are underway to harness this into large-scale electricity generation. The 48 MW Copper Mountain facility near Phoenix, Arizona is the biggest photovoltaic site in the US.

5. Italy
The demand for solar power is growing strongly in Italy. It now produces more solar power than the whole of California, however it remains to be seen how a reduction in feed-in-tariffs will affect the domestic market. Italy has one of the biggest Photovoltaic (PV) plants in Europe, at Montalto di Castro, near Rome. Italy is currently a net importer of energy and does not currently use nuclear power, although this situation is under revision.

If you want to follow the trend and switch to using solar power, you can find out more about the installation of solar energy in your home.