Though Mergers and Acquisition and the VDR are basically two different industry as today VDR represents a completely different industry by its own but there are few things that make these two streams inseparable. First, you need to understand what Virtual Data Room is.

What is Virtual Data Room or VDR?

Virtual Data Room is advanced versions of traditional data rooms employed to exchange relevant information about transactions and store important records. Unlike their predecessors, they work online in the digital world thereby providing them with various unique and interesting benefits.

Even if stakeholders and other parties get separated by a vast distance, the VDR allows negotiating both of them disseminate vital information quite rapidly. The modern technologies have further improved the features by adding authentication protocols and access control which ensures high-end information privacy and heightened security. VDRs have got market revenue of eight hundred million dollars with an annual growth rate of double digits. This surely means that the prevalence of the VDRs is not fading for quite a few years.

Virtual data rooms have come a long way in the last two years. With humble origins in original physical data rooms, the VDR technology has flourished & grown from being a purely digital form for their physical predecessor to a new technological solution for many businesses in the modern era.

Now the very question arrives why Virtual Data Room and Mergers and Acquisition go side by side? Basically, VDRs give unique benefits to the M&A dealmakers. The discovery requirements and complex due diligence associated with the transactions has made connected data rooms as the best solutions.

Meaning of Due Diligence

It is basically a huge aspect of the Mergers and Acquisitions deals. In simple words, buyers spend a lot of time and give effort to thoroughly investigate the business that they are planning to purchase. Before finalizing the transactions, companies look for exactly what kind of liabilities and obligations they have on their head. The viability of a company’s deals has a direct impact on the company’s financial condition. The buyers and the legal advisors use different methods of discovery to understand the aspects of prospective acquisitions.

How does the VDRS improve their discovery?

Virtual Data Rooms users now can share their information in an arranged structure as per the importance. The use of digital mechanisms like the semantic tags instead of using crosslink specific line items or folders and other paper works makes the whole work easier. This let furnish a transaction partner or a legal team with information much easier as they can navigate and browse easily.

Due diligence requires some specific documents such as the compliance history or the profit & loss histories. Then they replicate or refer at multiple locations. The compatibility of VDR with robust digital organization schemes helps to facilitate proper maintenance & rapid sharing of complicated data repositories.

Companies like Donnelly, Merrill, Frimex & Intra Links does offer VDRs solutions but the diverse background of these firms means that the products they offer are significantly different. The traditional VDR landscape is widespread with the competing providers & so your selection patterns should have subtle differences.

Donnelly and Merrill started their business in the printing world. And slowly they migrated from providing physical data rooms with guards to some more flexible kind of digital implementations. One of the pioneers of VDRs, Intra Link has actually fallen behind in the early 2000s. Newcomers like Firmex have the freedom to start a fresh as they do not have the burden of to behold to a legacy platform.

What does the M&A market’s Imminent upswing warn for Virtual Data Rooms?

The end of 2016 has proved to be pretty good for M&A. The predictors, on the other hand, have said that 2017 will be equally good for M&A. The Massive Asian groups that expressed their interest in investing in the North American and European brands and holdings have kept pushing for acquisitions. In the new financial year, the various executive and financial institutions have expressed optimism regarding the Mergers and Acquisitions boom.

This particular trend is a big business for data providers. Though there is a situation of uncertain political developments in the United States and the UK, the multinational business will still continue to pursuit of the lucrative Mergers and Acquisition opportunities. Providers who will offer internationally complaint facilities will surely be at profit.

This is the exciting period of VDRs!

Intra links were actually acquired by the Synchronoss Tech for $821 million on January 2017. This particular deal got closed after a month of various uncertainties. The market watchers have basically taken notice as the Virtual Data Room space hosts its share of Mergers and Acquisition activity.

In the last few years, certain deals like Rim’s Buyout of the WatchDox, NOVACAP’s investment in the virtual data room firm Firmex and Citrix-Sharefile merger had become a prominent media speculation, market hubbub and undisclosed final sums. There are many VDR companies who are equally worthy of outside investment similar to the purchase seeking enterprises they serve.

What’s going to be in the future?

Unlike other sectors who are subjected to continuous ebb & flow, the development in VDR arena is moving towards a positive direction. Data rooms are in the state of flux.

With the evolution of the capabilities of IT infrastructure and developments, the VDR providers are offering more innovative features and ideas. The most important difference seen in the market is the rising standards of marketing, sales and support. This modern era of outbound aggressive sales culture, overbearing and late night representatives, is making the way for products that are actually easy to use & staff one won’t mind communicating with.

With the natural progression of virtual business platforms, it seems that it will pave the way for what is popularly known as- virtual office space- eliminating the need for physical buildings, commuting & a host of other unnecessary expenses. 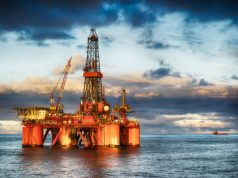 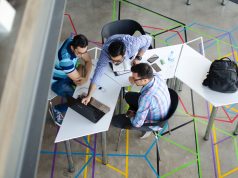