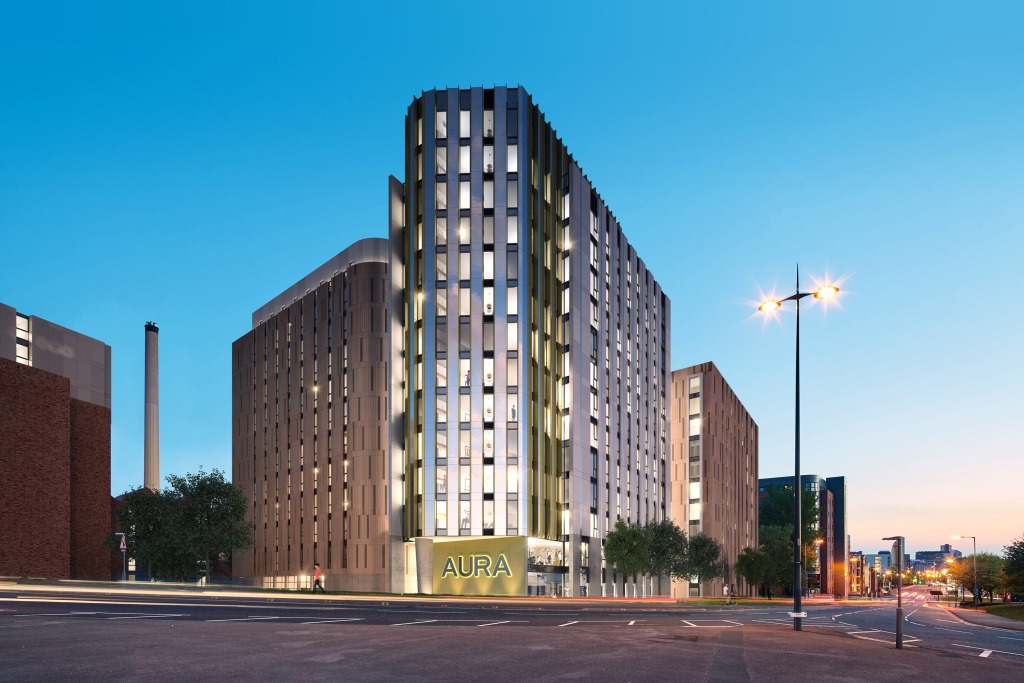 Liverpool is one of the fastest rising economies in the UK, and as such, it is offering so much to investors in terms of exciting new property developments.

Over the past few years, the north-west city of Liverpool has increasingly become one of the most desirable places to live in the UK, thanks to its improving economy, its important position in the Northern Powerhouse and its strong position as one of the best places in the country to go to university.

Over the last few years, Liverpool has been going through large scale regeneration projects, both in the centre of the city, where more residences and commercial properties have been popping up, and on the waterfront, where billions of pounds have been committed to improving business prospects at the previously underutilised Albert Dock.

However, one of the most exciting changes that Liverpool has undergone in recent times has been the revival of the Knowledge Quarter, which has renewed demand for student homes in an area that is within walking distance of the main university campuses in the city.

As a result, wonderful new developments like Aura Student from Experience Invest have been popping up in the Knowledge Quarter, allowing investors the chance to capitalise on demand and make the most of the new trend towards purpose built student accommodation (PBSA) that meets the demands and needs of tenants by design.

Liverpool’s economy and the Northern Powerhouse

The Northern Powerhouse is a concept that has really started to pick up pace in the last few years, and a number of cities – Leeds, Liverpool and Manchester in particular – have seen huge benefits as a result. The economies of these cities have felt the impact of improved budgets, better infrastructure and a rise in investment on both public and private levels.

And with the extension of the HS2 project and other important improvements still to come over the coming few years, the likelihood is that the Northern Powerhouse will continue to grow and become a real economic powerhouse, bringing further investment, jobs and skills to Liverpool and its near neighbours.

This bodes well for Liverpool, which has repeatedly been named in recent times as the fastest growing economy in the UK. Performing better than even London and Manchester, Liverpool has massively benefited from the regeneration, both planned and carried out, that has allowed it to reinvent itself. With this in mind, it’s no surprise that investment in the future, in the shape of education and skills, has picked up in Liverpool, and this is something that should be seen in the city for the next five years-plus.

The Knowledge Quarter is one of Liverpool’s most exciting areas at present, with investment levels from local authorities and private business alike allowing the area to be brought back to life as the perfect place to live and study, sharing knowledge and skills along the way. Currently benefiting from a £1 billion injection in funding, the Knowledge Quarter is going through some amazing transformations.

The five-year plan is for the 450-acre residential, educational and retail development to encompass the University of Liverpool, Liverpool School of Tropical Medicine, Liverpool John Moores University and the new Royal Liverpool University Hospital. This will allow various stages of collaboration between the different institutions, which will mean the Knowledge Quarter becoming a world-class destination for science, innovation, education, technology and the creative and performing arts.

At the centre of this development will be Experience Invest’s Aura Student Liverpool. At present, Liverpool has a shortfall of more than 20,000 in terms of the student housing. It also already has one of the largest student populations in the whole of the UK with more than 57,000 students – a figure that’s only likely to increase in coming years – meaning development in this market is much needed in the city.

Aura is all about community, and targets the high end of the student market with top quality design at its heart. The development will see students encouraged to come together in communal areas to create that community that defines Aura through study and interaction. The property has been designed with students in mind, and allows them to enjoy some of the highest spec properties that will be found anywhere in the UK student accommodation, providing a niche for those who want something a little different.