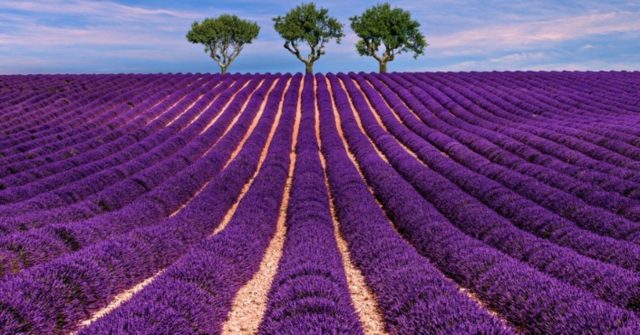 While the Bank of England’s recent ‘doomsday’ forecast prophesied collapsing UK property prices following a no-deal Brexit, Britain’s au revoir to the EU is not even raising a gallic shrug amongst most French investors. Investor-Square’s founder, Ross Kelly, says it’s small wonder that French property investments could be a real Brexit-buster.

Following the Bank of England Chief’s recent warning that UK house prices could fall by a third following a no-deal Brexit, there’s no doubt that Mark Carney’s doomsday scenario has rattled some UK property investors. It’s little wonder some experienced investors are now turning their eyes to the other side of the Channel to insulate themselves from the worst impact of Brexit.

While the British property market faces an uncertain future as we head towards Brexit, the ‘sortie du Royaume-Uni de l’Union Européenne’ has scarcely ruffled a feather amongst French property investors. With both the UK and France’s buy-to-let markets enjoying similar rental returns, many investors are now making the move to France’s more stable long-term environment – and making the most of what is currently a bargain French market.

French mortgage rates are at an all-time low, and non-resident buyers can access rates of 2.15%, typically fixed for around 20 years, the length of the mortgage. British property buyers would kill for those kinds of rates! Rental returns are averaging between 3 and 5% per year, similar to those of UK buy-to-lets; but without the anxiety of what happens following a hard Brexit.

France really is a fascinating market, offering some significant opportunities. The cheapest French properties are in areas such as in Nièvre, Burgundy, where house prices average a bargain basement €70,600. The most expensive area – outside central Paris’s eye-watering prices – remains the Alpes-Maritimes (PACA) at around €414,600. The latest figures from French Property.com  indicate prices are rising by at least 2.4% currently, and in central Paris an average of 3.3%.

Buy-to-let is thriving in France, with nearly 6 million rented properties, around 20% of France’s total housing stock. And there are some other strong reasons it’s a canny market for UK investors.  French law protects landlords against unacceptable behaviour from tenants, while tenancy agreements for up to 3 years give income stability. It’s also the norm that properties are let unfurnished – saving the expense of buying furniture.’

Of course, many potential investors are more attracted to owning a desirable holiday property in popular resort areas, and these can bring in significant rents during the summer months. Paris and the Cote D’Azur property prices are currently rising far faster than average UK values, which means many properties are rapidly appreciating in value. The French property rental analysis organisation Clameur says during the 10-week summer season well-located properties can be rented out per week for 2 or 3 times the monthly rental price. This provides an attractive annual rental yield of between 6-9%.

As with Britain, French holiday rental property values rely on ‘emplacement, emplacement, emplacement’. For example, a four-bedroom villa with pool can be in the Languedoc region will cost somewhere between €380,000 to €420,000. It can be rented out for around €2200 per week during the summer and will attract a monthly rent of €1200 during the off peak seasons. This combined rental income of €31,600 represents an annual rental yield of 8.3%.

There is a downside to owning properties chiefly intended for summer letting, however. Letting agency fees and insurances account for between 11% and 12% of the rental income earned and there’s no VAT reimbursement. And of course, owners have no occupation rights during the rental lease period. In short, you’ll never get the benefit of owning your dream French property – someone else will be enjoying it all summer!

That’s why, rather than taking on the hassle of paying taxe foncière and copropriete (co-ownership) charges, or organizing maintenance of properties from across the Channel, many British investors are now putting some of their money in attractive new property investment schemes in popular holiday areas.

These opportunities give the chance to invest in scarce and sought-after quality new-build properties, and the all-important growing leisure and holiday market. One good example is Halcyon Retreat, a fully managed, prestigious self-contained resort, complete with a chateau converted to a world-class hotel, a spa, an 18-hole golf course and even an aqua adventure park. And it’s located in the Limousin region of South West France, known locally as ‘the land of a thousand lakes. That means the development is in an attractive and popular area of France; but the properties won’t cost investors the silly-money that some developments in the South of France do.

Halcyon Development Groups Managing Director, Robin Barrasford, agrees France’s position at the heart of the EU means it is a strong alternative to British property investment.  Says Robin: ‘“There is no doubt that Brexit has caused disruption and uncertainty within the UK market and uncertainty is rarely positive when considering any form of investment. However, in our opinion France offers a wonderful alternative to the UK’s current dilemma. Not only is France one of the most visited countries in the world – ensuring the largest possible market for an exit strategy, the government is actively trying to promote overseas ownership with the leaseback scheme and of course, France is never likely to consider leaving the economic security of the EU”

There’s no doubting the development is an attractive proposition for UK investors. As well as the Chateau Hotel there are also luxurious apartments being built at Le Village with high-end properties available from existing refurbished buildings to luxurious off-plan apartments. These offer returns from 7% per annum and increasing by 1% every 5 years up to 10%.

Rather than risking hard-earned savings on a single property, or untried developments, Halcyon Retreat’s 225-room resort offers the reassurance to potential investors of being a part of the well-known Wynham Hotels and Resorts Group, which owns over 7,500 properties in 71 countries. Investors have the chance to get in on the ground floor, as it were, of this development, and gain all the value of being there at the start of the development.’

Halcyon Retreat investors will also have one more big advantage over people buying their own property in France: Don’t forget they will be cushioned from most of the issues facing would-be British investors around purchasing properties in France using local notaries, etc!

As Britain looks for the EU Sortie, the Nationwide reported in August 2018 that UK property values fell by 0.5 percent, the biggest monthly decline since July 2012. Meanwhile the French property and rental market is reassuringly dull and stable. Whether it’s a charming farm house in Provence, a sought-after Parisian rental property or a holiday resort investment you are considering, France seems reassuringly immune to the drama playing out on the other side of La Manche.