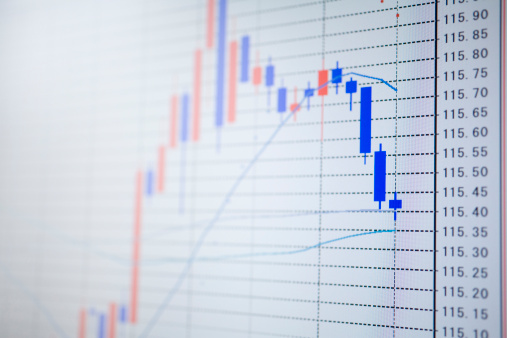 Trading price-action can yield very high profits for the intelligent trader, and can generate good revenue on many Forex pairs, stocks and commodities. In this article we will describe selected few of the most profitable price-action patterns for most profits.

The pullback is one of the best stock chart patterns set-ups, as it usually has profitability of 75%+ on dozens of Forex pairs and stocks. The idea behind the pullback pattern is that price breaks a support\resistance level and tests the level after the breakout. This allows smart traders to join the trend at a very profitable location, with tight stop loss and high potential reward.

The pullback occurs in many chart patterns, such as the Wedge, Ascending Top, Triangle, Head & Shoulders and many more.

The channel pattern is a popular set-up that is seen on many FX pairs and commodities for many of decades and generate considerable revenue.

Channel pattern is built of 2 parallel trend lines that go in the same direction. We enter long positions in an climbing channel and enter sell trades in an descending channel, to ensure we do not enter trades against the current trend.
We will also enter pullback positions when the channel is broken to the opposite direction, as it usually assists traders gain from the new trend (reversal) at an early location.

The moving average test occurs when the price bounces off a MA in the middle of a trend – it is a retracement that usually results in a continuation of the trend and a good location to join it. Make sure that price trend is strong by looking at the angle of the MA and confirming that it is pointing to a direction and not flat (which shows weak trend).

The Double Top is a highly reliable chart pattern that has 72% success rate in some stocks, and is considered a very profitable bearish pattern.Double Top occurs when price reaches the same resistance price twice, making a price-action that is similar to the letter M. Trade is taken when price breaks the lowest low between the two peaks downwards and starts to trend downwards, and we can join that movement at the breaking of the neckline or at a pullback.

All of those set-ups are accurate, have proved high win rate, and can be tested on any Forex pair, future or commodity. You don’t have to be a trading expert to gain from these trading systems – just follow the general instructions and you will see that profiting from trading is not so difficult. Make sure to follow the systems described here and do not deviate, as it will surely lead to failure.

Choose a system, follow it and master it – this is the real way for trading profits for the long-term