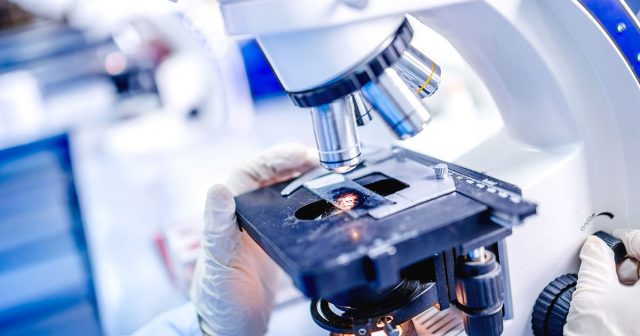 The 2020s is already shaping up to be a roaring decade, just like the same decade a century ago. But while big tech will continue its inexorable march towards progress, it is the medical sector that will probably see the most significant upheaval. Changes in technology will allow companies to do things that weren’t possible before, completely changing the landscape – and our conception of what’s possible.

For entrepreneurs and investors, this is essential information. It means that people with capital need to think carefully about the trends coming down the pike in the medical sector before making their investment decisions. The most lucrative firms will be those who take advantage of these tech trends and use them in ways that benefit patients.

Here are some of the trends that we expect to see over the next decade, and some of the business opportunities associated with them.

The traditional medical system is bursting at the seams thanks to a combination of demographic shifts and incompetent public policy. More money than ever is going into the system, and yet people aren’t getting the care that they need – at least not at a reasonable price.

This trend, however, is leading others with interest in the sector to come up with new solutions, driven by changes in the price of technology. In many cases, the cost of diagnostic equipment is coming down, even as traditional medical expenses go up. This factor is opening up opportunities for superstores, like Walmart, to run clinics for basic health and monitoring. Walmart, for instance, recently opened its first health center – a place where people can go to get routine dental work, vision assistance, primary care, lab work and X-rays, all at affordable out-of-pocket prices. The idea is to inject a little of the focus and drive of the free market into the medical system, providing people with services at a reasonable price.

If the concept spread across the country, it could have massive repercussions for medical care. If people can go to the supermarket to get healthcare at a lower price, then they may choose this over traditional institutions and insurance products. What’s interesting about this trend is that it is partially technology-driven, but also just a byproduct of organizing people differently.

Suppose that you feel pain in your chest and go to the doctor. Traditionally, the medic would perform a bunch of tests, take an ECG and look for abnormalities. They might also use a CT scan or other technology to get a better sense of what’s going on inside your body.

These methods, however, aren’t particularly useful in diagnosing your specific problem. They give medics a general sense of where the issue might lie, but surgeons will only discover the actual state of your arteries and heart values when they open you up on the operating table.

Now a team of researchers at Stanford University have developed a technology that can create digital 3D versions of patients’ hearts, allowing them to view them on the computer before carrying out work in the real world. Medics can zoom in on particular areas of tissue, examine them, and then decide whether they need to operate or not. The technology may be able to reduce the number of unnecessary procedures carried out each year.

Every year, the medical research community churns out more than two million peer-reviewed papers in medicine – far too many for any individual to consume, even in a thousand lifetimes. Humans do not have the cognitive bandwidth to process all that information.

AI software, however, does, presenting a massive opportunity for tech firms in the medical research market.

Already we’re seeing frontrunners in the industry getting their products out to market. Software firm BenevolentAI, for instance, already offers a solution that it claims can scan the entire medical literature database looking for as-yet-unseen interactions between disease, drugs, and genes. The idea behind the technology is to take all of the data available from genetic databases and scientific papers to make new connections and form fruitful hypotheses. The team behind it say that it could also enhance drug discovery

AI systems are also likely to show up in cancer diagnosis too. The symptoms of lung cancer don’t usually appear until the later stages, at which point it is often challenging to treat effectively. When symptoms do finally appear, doctors shuttle patients to CT scanners to look for where the disease has spread, but radiation from these devices carries a risk of its own. A team of researchers at the National Institutes of Health suggests that more than 25 percent of all cancer scans are unnecessary.

As Ethicheck Ltd points out, research laboratories need the best equipment to do their job. Quality tools – even things like refrigerators – can make all the difference in the world to a thriving research effort.

Now, therefore, there’s an effort underway to equip labs in such a way that setting up tests becomes more manageable. Stanford University and the Anderson Cancer Center and other institutions around the US are now actively looking into this issue, trying to find things that are acting as obstacles to research and removing them. The group hopes that by doing so, they’ll increase the rate at which pharma companies can conduct clinical trials.

Right now, the majority of sequenced human genomes come from people living in western countries – most of which are Caucasian. Researchers believe that around 80 percent of sequenced genomes are from this ethnic group, but only comprise 20 percent of the human population.

There’s a problem with this approach, though. Many researchers believe that the data gleaned from this data set is not transferable to other populations around the world, including Africans and Asians. For this reason, therefore, the race is one to diversity the global gene biobank to include more sequences from other races.

Companies, therefore, are now scrambling to deploy gene testing on a mass scale in less developed parts of the world. Firms hope that they can use the new data to develop population-specific drugs with greater efficacy among certain groups of people.

The use of Caucasian genomes is problematic for drug development because it assumes that all people will react to medicines in the same way. But researchers don’t know whether this is the case. Significant biological differences between the races could lead to a variety of outcomes, all of which require exploration.

A Refocusing On Anti-Aging

The medical research community currently sees its task as researching diseases and finding cures for them individually. But for many, this paradigm is missing a trick. Even if researchers find a treatment for cancer tomorrow, people will still die a couple of years later from heart disease, a stroke, or something else.

Now, though, innovative scientists are targeting the aging process itself – the most significant risk factor for chronic diseases. They’re developing compounds that seek to slow down, stop, or even reverse human biological aging, allowing people to live for longer without the onset of disease.

The research is promising and has already seen significant results. Researchers have fed animals compounds that appear to extend their lifespans – sometimes over 50 percent. What’s more, these animals look younger than controls and don’t develop diseases with the same frequency.

Investors, therefore, need to keep an eye on this sector. There’s every reason to believe that firms will develop anti-aging drugs and supplements which slow down the rate of aging in people. And when they do, it will change the world – hopefully for the better.

Diabetes is currently one of the biggest killers in the western world, with more than 7 percent of people in countries, like the US, having the condition.

Stem cell research, however, is now bearing fruit. Investigators believe that they may have found a solution to the disease that uses stem cells. The idea is to take stem cells in a patient’s body, convert them into pancreatic beta cells, and then insert them into a medical implant device to serve as a makeshift artificial pancreas. Researchers hope that with the right regimen of drugs, they will be able to get the body to accept this new implant and prevent the disease from returning.

For investors and businesses, this is a promising development. The technology already works in animals, so it won’t be long before it finds its way into people too.