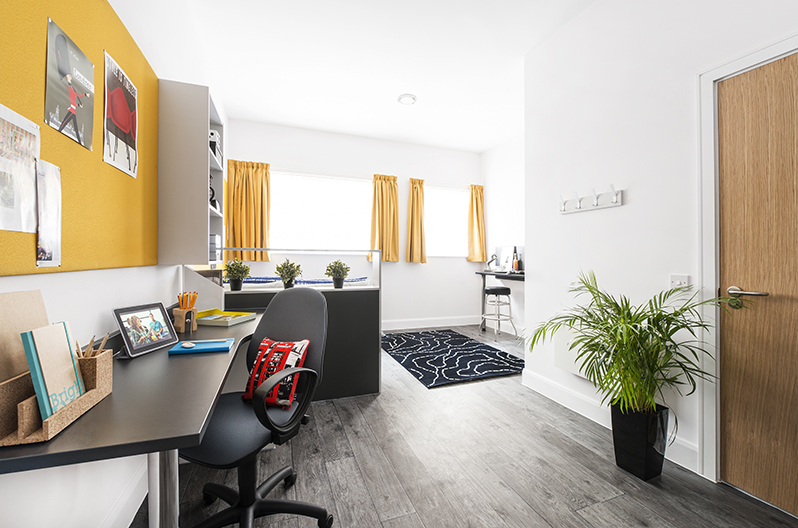 Student property could continue to be the safest and most promising asset class throughout the period of Brexit worries.

Uncertainty surrounding political decisions and elections tends to be something that the UK property market takes in its stride, generally rolling with the punches and remaining healthy in spite of the few stutters that the fear of the unknown brings about in the times around political happenings.

However, in recent weeks, the market has had to deal with a level of uncertainty that has rarely been seen before for property investors. Voters elected on June 23rd to say they wanted to leave the European Union (EU), in a referendum that shocked the world and rocked the property market, and this is sure to bring about a longer period of uncertainty than we’re used to, as investors tend towards a policy of wait and see while the UK negotiates its probable exit from the EU.

But this uncertainty does not mean that investors should be looking to cool their activity in the property market, as there are still some areas likely to perform well in the coming months and years. Student property, for example. Could student accommodation now become even more of a mainstream option than it’s been in recent years? Last year saw the sector bring in almost £5 billion worth of investment as it became more popular than ever, but should it prove itself the ship-steadying asset it could be, activity may even pick up further in the next couple of years.

So just why is it that student property has the ability to be a potentially safe buy in the face of uncertainty?

The main driver of positivity at the moment is demand from students for rental homes, often seen as the evergreen certainty that investors thrive on. Demand in the buy-to-let market in general might be strong at the moment, but this can change over time, and if a trend for home ownership were to come about again, we’d likely see the private rented sector in general take a hit.

But students are different, and students nearly always rent properties. Very few will own, and as the number of students studying at the UK’s universities continues to rise year after year from the pit it found itself in temporarily when the previous government introduced higher fees, this demand is only likely to climb.

On top of this, the EU referendum result is unlikely to be all that damaging overall to the student market. Immediate fears over the future of the vibrant and vital overseas student population’s future in the UK can generally be put to bed. After all, a little over five per cent of the UK’s students come from EU nations anyway, with the majority of overseas demand actually coming from elsewhere in the world, with ten per cent of UK university applicants coming from non-EU nations.

When we consider that out of 646,000 new students coming into the UK education system this year, only 49,000 are from EU (excluding the UK) countries, the fears over a fall in demand should be relatively low.

When we couple this with the fact that there are now more passive income investment opportunities at a lower price at the moment as student landlords start to offload properties that will be empty over the summer, and uncertain owners try to find a way out of the market, the future doesn’t seem as bleak as was being painted in the aftermath of Brexit. Once more, the student market has found itself in a stronger position than ever before, and it could be the cornerstone of investment moving forward.

This article has been provided by Experience Invest.