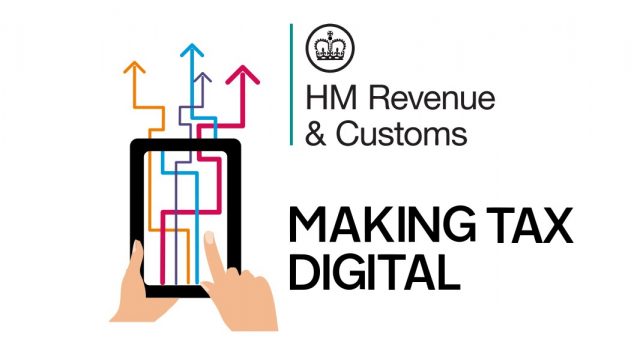 What is the Making Tax Digital Initiative (MTD)?

Making Tax Digital Initiative (MTD) is an initiative formulated by the government to improve the convenience of both individual and business to conduct their taxes in an efficient affair. This initiative aims to streamline the process of handling taxes by shifting into a completely digital system.

With MTD in place, keeping taxes up to date should be considerably easier to maintain. This is a huge advantage for businesses as their taxes can be handled in a far more efficient manner. Thus, allowing them more time to focus on their business affairs.

The UK-based HM Revenue and Customs (HMRC) is aiming to be one of the world’s top digital tax administration by making the appropriate changes to how traditional tax system function. This tax initiative will also apply to most taxpayers from self-employed to a wide range of businesses.

Of course, such a significant change will undoubtedly leave those affected by it hesitantly at first. Rest assured that this initiative has been meticulously explored before being passed into law. This new all-digital tax system will also require the majority of taxpayers to maintain and save copies of their digital records. This can be accomplished with software designed specifically for this system.

Which Countries Does this Initiative Apply To?

While MTD is a UK formulated plan, this system is currently being proposed for universal application. Most Western countries have already adopted this initiative, giving their citizens the ability to choose between traditional tax paying systems or the MTD initiative.

The World Bank has noted that MTD is currently in serious considerations with the majority of governments around the world, due to the considerable convenience that it will provide taxpayers. Even today, a wide range of governments are already taking steps to upgrade and reform the traditional tax compliance procedures into a fully digital one.

The world is currently in between a transitional period, as we move towards a completely electronic system when handling day to day necessities. Countries like Indonesia, Malaysia, Vietnam, Peru, and Costa Rica, to name a few, are already shifting towards a fully automated system.

The shift towards application of the MTD initiative is being viewed as one of the reasons for the worldwide decrease in tax toil. Records have shown that overall tax compliance annual duration by businesses has decreased by as much as 8 hours after implantation of MTD. The number of yearly payment transactions also experienced a notable decrease during this time.

As for other notable Western countries, Poland, Austria, Luxembourg, Germany, Czech Republic, Ireland, and France are already considering incorporating digital tax collection, similar to UK’s MTD. The Netherlands is also currently in the midst of switching to their digital VAT system. Spain and Italy are also two countries that provide the option for electronic VAT filing to their citizens.

The Advantages of Digital Tax Systems in Developing Countries

One aspect of the MTD initiative that is being seriously considered is its advantages in preventing fraudulent cases. Developing countries are susceptible to these types of scams/crimes, which is why these governments are eyeing a digital tax collection system.

Case in point, shifting to an electronic VAT system can increase the annual revenue of countries, such as Tanzania, by up to $500 million. Countries like Uganda, who upgraded to an automated tax collection system, saw an increase of 167% in revenue during the first year of digital tax system implementation.

Overall, what we can take away from this is that using an automated online tax filing system can help improve the tax compensation process on all fronts. Not only will this help streamline tax filing, the transparency that this system provides will help reduce cases of fraud.

What Deadlines are Involved?

During the implementation of the MTD initiative, one of the biggest concerns by taxpayers is with how they will process filing before deadlines. There is also the question of whether or not deadlines will be moved to a different date due to the complete overhaul of the tax system. This is all substantiated concerns that were taken into account during the planning and development stage of the MTD initiative.

Put, MTD for VAT will not alter the deadline of VAT filing periods. Large businesses will still be able to file their taxes weekly, while smaller companies will resume monthly filing. Majority of companies prefer to file quarterly; this will remain the same after implanting the MTD initiative. The first change that taxpayers will need to cope with is with the mandatory use of software programs to keep and save all tax records.

Digitization is the next step in regards to progress. The advantages of following UK’s MTD is well-documented, as is similar to automated digital tax systems that are employed in other countries.  Such a profound change can indeed be daunting, but the results of using this type of tax compensation system will be tenfold. It will provide a significant boost in revenue and improving the efficiency of filing tax significantly.