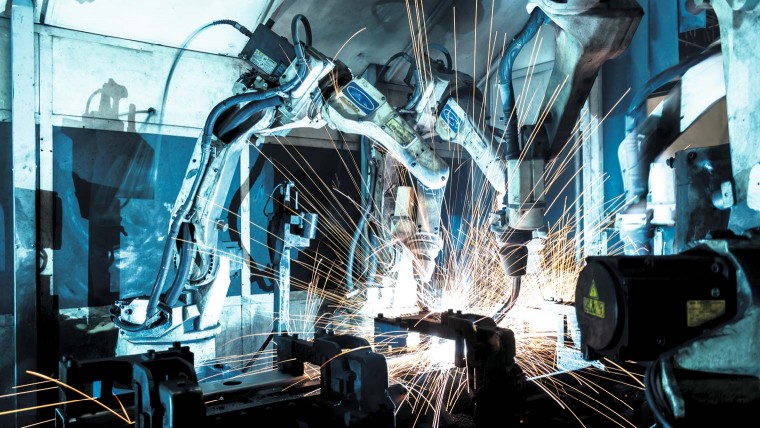 At some point or another, we’ve all sat back and wondered how our live would have turned out had we had the foresight to invest in the services and products that are today widespread and indispensable. If, say, 15 years ago we had imagined there would be a society where every single person who wanted to be a productive member would need to have a device in their pocket that could function as an on the move computer, and then actually invested in it, then today money would not be an issue. We would be richer than we ever dreamed of.

Of course, that ship has long sailed. But innovation is such that it won’t be too long before something new is upon us. What will that be? It’s entirely possible that whatever it is hasn’t even become an idea yet, but for those of us who like to invest, we’re surely going to cast our eyes wide and far to see what it might be. Below we’ve put together just a few of the services and products that might just become very very valuable in the not too distant future.

How things are moved from place to place is about to undergo and massive overhaul, beginning the self-driving trucks. This is going to be a headache for the millions of truck drivers around the world, but the race is most definitely and it’s only a matter of time before it becomes a reality. Otto, a company by Uber, just recently launched their own driverless truck – which was able to make a journey of 2 hours without incident.

If this is going to shake up the roads, then plans are also afoot to shake up the air as well. The use of drone delivery technology is getting ever closer. Amazon Prime Air has already made its first delivery by taking to the skies, completing the delivery in under 30 minutes from when it was ordered.

Whichever you look at it, delivery logistics is about to change forever, and finding a company that is going to revolutionise the industry could bring happy returns to an investor with the foresight but their money in. After all, do you realise how many deliveries are sent each day?

Virtual reality headsets and programs are already here, but they’re not quite as they should and the number of people who actually own the technology to try it out is relatively small. Still, don’t get into your head the idea that these headsets might go the same as 3D technology, which has been in and out for favour for long enough to suggest that it’ll never really take off: virtual reality will one day be as widespread as any of the technologies we use today.

Several reasons have curbed the growth of virtual reality, but the most prominent reason is that only around 1% of computers found in offices and homes are powerful enough to actually use the technology. As they become obsolete, virtual reality will grow. It might not be this year, but it’ll probably be in full swing by 2018 or 2019.

Digital Interconnectivity: The Internet of Things

We do kind have digital interconnectivity at the moment, but it’s going to take off in a much bigger and more sophisticated way in the next decade. It means people are going to have all their devices talking to each other, and then also talking to things you don’t think of as being part of the technology sphere, such as household items. It’s estimated that they’ll be around 26 billion items attached to the internet of things within the next three years.

While it’s kind of difficult to invest in these ideas as they’ll probably be developed in house by technological leaders who have the information to get these items to talk to one another, it does raise interesting possibilities regarding which markets will develop to coincide with this way of life.

There’s a lot of doomsaying surrounding Artificial Intelligence, but it’s quickly on its way to becoming an important of the future of society. It may do all the stuff that we don’t want to do, such as cooking and cleaning, or it might take all our jobs and create a massive divided between the rich and poor. We’ll see. Whatever happens, it’s a remarkable investment opportunity, especially as AI could soon permeate all aspects of our lives, from our home life to working and social scene.

One day, there will be a factory inside everybody’s home, thanks for 3D printing. With these devices, everyday citizens will be able to manufacture exactly what they need in real time. If they need something, they’ll be able to print it. It’s a ludicrous idea, one that is astonishing in this age, never mind to those from an older generation. From replacement pieces for household goods to clothing, it’s going to transform we we consume. It will also transform the way we eat, with food able to be printer; as the Daily Mail say, in a few years we’ll all be eating a Christmas turkey that has been printed from a 3D printer. And there’s also every chance that they’ll soon be able to print a car. Yes, a car.

The future is essential unknowable, especially as there are so many competing leaders and companies who want to write the future for themselves. While deciding which is the right technology of the future to invest is no easy matter, the hardest part is about deciding which current investments to give up. How will the change in civilisation that these technologies will bring about impact the industries that have historically been safe ground for investors? With the nature of work and home technologies changing, it might just be the massive change that sweeps through society also disturbs the investor market. But where there is disruption, there is also opportunity. Time will tell who comes out on top.