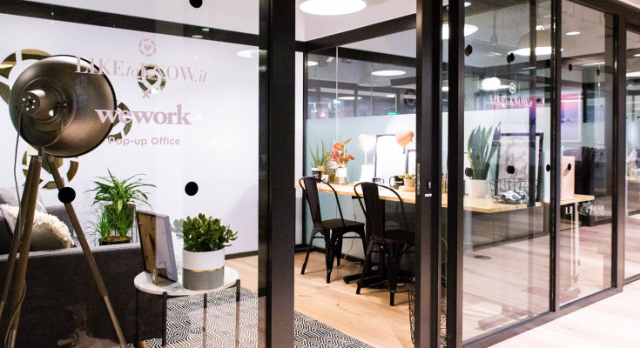 You need to work pretty hard in order to get your day-to-day tasks done, right? Right. Well, one of the biggest factors that will either push you or impede you is the environment in which you perform. Where you’re sat or stood makes such a big difference to your day. It can be the difference between getting everything done in a few hours and getting hardly anything done all day.

If you’re working in an office environment, you and your staff are going to need to knuckle down and get everything handled as quickly and as perfectly as possible. That’s not going to happen if everything is dissatisfied with the area. Obviously, when there are distractions all around you, then you’re not going to be as speedy as you’d like. If that place is pretty bland and uninspiring, then that’s also a way productivity can be slowed. People hate dullness; it can latch onto them in such a contagious way.

If you’re the owner of a business that’s looking to build and build, then you’re likely going to want to have a fresh, stylish, and inspiring office. Here are a few ways you can get just that:

Look At The Colour Scheme

Bland and boring colors can really bring a person down. Some stoic people can power through stuff like this, but it does impact most. Imagine having to get lots of work done in a place that looks and feels as though it’s dying a death itself. Employees always get a lot more done in areas that look as though they’re thriving. It makes them want to mirror and reciprocate the thriving aura.

Have Up-To-Date Equipment And Software

Have you ever tried to work on an old PC or an old laptop? As much as it may sound like a first-world problem, it’s absolutely soul-destroying. These days, we’re spoiled for choice in terms of the technology out there. Purchase some of the stuff and get people in the mood to work.

Install TVs And Other Monitors

Following on from the idea of installing some tech, you should probably have a few TVs and other similar pieces around. It’s 2019; we don’t need to be surrounded by awkward silence and almost stone-age practices. We’re not saying that you should throw on some movies while working; using monitors can be super productive.

Make Sure You Have A Lovely Break Room

It’s not all about the work. The employees might be paid to get things done, but they need an hour or so of relaxation time. They’re not going to be able to do that if they’re stuck in a terrible break room. Make sure it’s spacious and full of things that can take minds off of the work. Again, place some TVs and other tech in there – purchase a few digital tv aerials or some boxes, and let the employees chill out for a while. They’ll be grateful for it, and they’ll head back into work with a much clearer and content head.