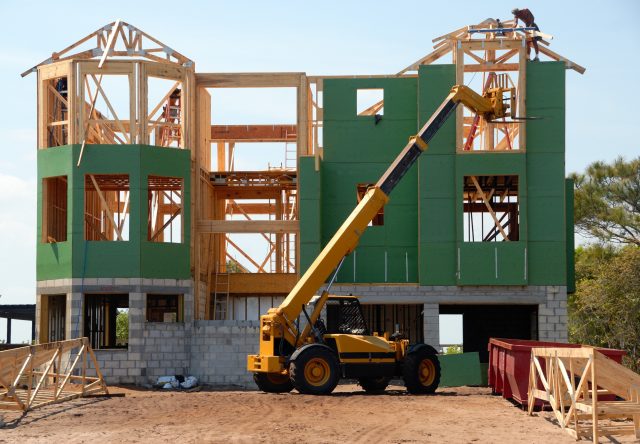 With a hard Brexit still on the cards by the end of October 2019, the business sector worries a lot about the survival of small and medium-sized companies. Indeed, for many, the no-deal Brexit has already made a damaging hit. Indeed, every sector has spent millions on contingency plans – an amount that they won’t be able to recover even if the UK leaves with a deal. Ultimately, many have already recorded drops in exports, investments and sales.

For the construction sector, the fear of no deal is holding companies back from game-changing investments and new markets. Indeed, the UK building industry is showing worrying signs of slowing down. The Brexit uncertainty has taken its toll on construction, forcing the sector to crash at a pace faster than the 2008 recession. The question is not how we can prevent it – the decision doesn’t lie within the industry, unfortunately –, but how it impacts on the growth of small companies.

Growth is slowing down

The current forecast for 2019, 2020, 2021 and 2022 don’t paint an optimistic picture of the market. Indeed, the CITB – Construction Industry Training Board – predict that even in the case of a profitable Brexit deal, the building sector growth in the UK will not go further than an average of 1.3% over the next four years, as explained in this article https://www.theconstructionindex.co.uk/news/view/forecasts-show-construction-growth-to-slow-or-worse. In the case of a no deal, construction experts can experts a sudden and damaging crash. However, even in the best-case scenario, the economic uncertainty of Brexit has already affected investments in commercial construction. But economists hope that a deal will encourage the creation of approximately 168,500 construction jobs by 2023, despite the worries of slow growth. It is worth mentioning, though, that these jobs are likely to be created in large structures that can manage the risks. In other words, Brexit threatens the survival of small companies and independent contractors.

The construction industry is still expected to increase profit margins in the coming year, as long as a Brexit deal is signed. However, it is worth mentioning that for SMEs, the everyday risks of the business can prove heavier in the case of a late agreement or even a no-deal. Indeed, small companies and independent contractors need to take a preventive course of action right now to avoid collapsing at the first problem. Indeed, they will need to prepare for a seasonal slowdown as Brexit could affect its duration. Additionally, everyday issues, such as damaging your tools, could prove devastating for your business without the appropriate cover www.rhinotradeinsurance.com. Indeed, a miscalculation in a Brexit-triggered crisis can force a small business to shut down.

As an independent expert, getting noticed is more important than ever to keep your business afloat in times of uncertainty. However, with some keywords costing as much as $6, $7 or even $10 per click – Google AdWords tends to calculate costs in USD by default –, contractors are already struggling to build a strong online presence. Will SMEs be able to afford PPC after Brexit?

Brexit uncertainty is affecting the construction sector dramatically. Companies have already taken a hit for a no-deal, even though the UK hasn’t yet left the EU. For SMEs, the path to survival will be challenging and expensive. One thing is for sure; you have to start planning your Brexit strategy now.