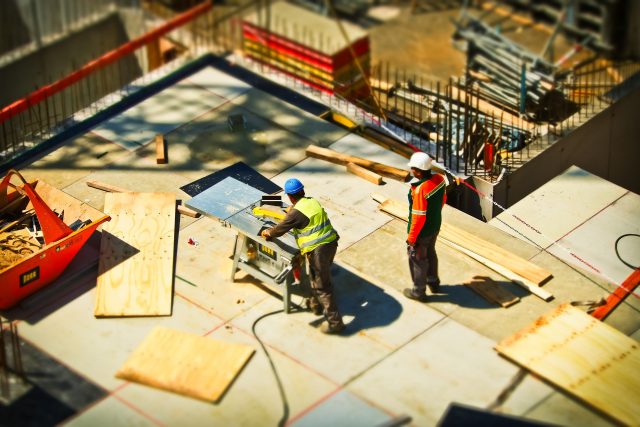 Over the years, news reports have been shedding light on training course providers that have been providing individuals with a CSCS card without taking the necessary CSCS training or passing the exams. The results of this have been both shocking and devastating. The cost of untrained workers is fatal. Chestnut Homes was fined £40,000 for employing two untrained workers when one of them, who was only 26 years old, was killed on a building site in Lincolnshire due to falling bricks.

However, with test centres rigging health and safety exams, it is impossible for some businesses to know whether the CSCS card their workers hold is genuine. All construction workers require the CSCS card across the United Kingdom, as it proves that they have the necessary knowledge and skills in regards to health and safety. However, Newsnight and BBC London worked together in an undercover operation, which saw them unearth shocking results, with a string of test centres rigging the exams and thus allowing untrained builders to work on dangerous construction sites, putting everyone at risk. This is why it is so pivotal to align yourself with a reputable health and safety partner. Learn more about such packages here. You will see how a good H&S company can ensure your business complies with the law and receives the right training.

The report has found that a number of test centre businesses are accepting a sum of cash in order to provide workers with a guaranteed qualification. In a lot of instances, these passes are being supplied to foreign workers who do not have the English language skills to pass the qualification. Although, in some instances, it seems that the cash bribe was enough to allure workers at certain test centres irrespective of why the worker wanted to evade taking the examination. Shockingly, the BBC was able to acquire jobs at a power station, school, and various building sites, due to the fraudulent CSCS cards they bought.

At one company, Future Training 4 Jobs, in East London, the BBC acquired a CSCS card by paying £450 to Anna Calancia. The company insists that it upholds high standards and provides quality training, stating that Ms Calancia acted alone. Wep HSE was another one of the companies that was exposed. It’s director, Garet Estensen, who has won a prestigious award for health and safety, was recorded telling those in the test room that he was going to shout the correct answers. He said that everyone had to make a couple of mistakes, but they needed to ensure they did not make the same errors – so that no one would clock onto the cheating one would assume. Mr Estensen refused to comment on the situation.

The seriousness of the situation is intensified when you consider the fact that construction is the most dangerous sector of employment in the United Kingdom. More than 220 workers have died within the past five years alone. Moreover, cases of CSCS fraud are rising at a rapid pace. Nevertheless, the chief executive of CSCS, Graham Wren, has stated that they are taking the essential steps to make sure this stops happening.

How To Build Your Personal Brand in 2021

Winter Working Woes You Should Be Ready To Deal With

Keeping Your Home Safe This Christmas