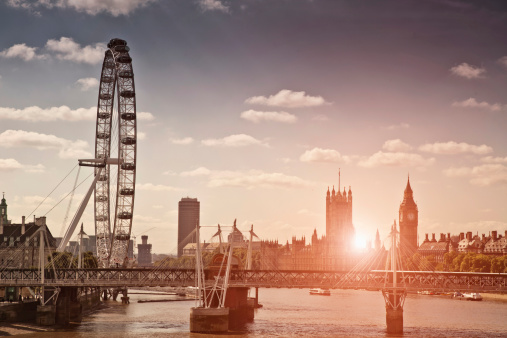 London has been the gem of the British property market for quite some time.

The values of both residential and commercial properties in the English capital have been rising far higher than buildings anywhere else in the UK for a number of years.

Amongst international investors, it is regarded as a safe haven for investors – but which London boroughs have been tipped to provide the biggest increases in property value over the next five years? If you are interested in investing in premium commercial real estate in London read our review about Property Crowd.

Experts from estate agents Savills recently attempted to answer that question with a forecast published in June 2013. Here are their results.

Richmond-upon-Thames is the only London borough which sits both north and south of Britain’s most famous river. Kew Village is well known for being a classy area with high property prices, but elsewhere in the borough property prices are relatively low. They have been forecast to rise by more than 20 per cent in the next five years.

Lambeth in South London is known in property circles for hosting for the South Bank. Vauxhall is expected to be one of the hottest areas for property price growth in the borough.

Southwark is another borough south of the River Thames with a promising property market. Billions of pounds worth of regeneration has been planned in the borough. In fact, Elephant & Castle is expected to play host to £1.5 billion of new projects in the next decade. Bermondsey has been earmarked for providing fantastic rental yields.

Wandsworth is well known for having the lowest overall council tax charge in the entire country. Their local council has been heralded for being the most prudent spenders of taxpayers money. These are just two reasons why property prices have been tipped to rise by almost 22 per cent by 2018.

Hackney may still be trying to shrug off its reputation for being one of the roughest areas of the UK, but it is improving at an incredible rate. In fact, crime levels have dropped faster there than any other area of Britain.

The London Olympics helped provide Hackney with plenty of glorious new infrastructure, particularly in Shoreditch which is regarded as one of London’s most glamorous property hotspots.

As home to City University and London Metropolitan University, Islington is a student-heavy area of the capital. Properties there are generally amongst London’s most expensive but they have been tipped to rise by 23 per cent within five years.

Famous for its open air market, Camden has a reputation as London’s trendiest borough and it should be particularly attractive to property investors. Rental yields in Bloomsbury have been cited as higher than anywhere else in the capital, whilst it has been predicted that property prices will be 23.5 per cent higher on average in 2018.

Hammersmith is noted for hosting many uniquely shaped commercial properties including “The Ark” office building, shaped like a boat, and Hammersmith Bridge Road Surgery. It hosts a plethora of property management agencies and building values have been tipped to skyrocket.

The Royal Borough is the second smallest in the capital and the most densely populated local authority in the UK, so it’s no surprise that demand for buildings continues to soar, by more than 25 per cent in half a decade.

Westminster is the home of London’s most famous iconic commercial structures – Big Ben, Westminster Abbey and Buckingham Palace – but there are plenty more for wealthy investors to stick their teeth into. Property prices here have been tipped to jump by more than 25.5 per cent within cent.

With these statistics in mind, London appears to be a safe best for property investors by the end of the decade at least.

“I particularly like areas in Inner London (typically Zone 2) that are a bit edgy and have a big art community with good transport links into Central London.  These include Hackney (particularly Hackney Wick), Bow, Deptford, New Cross & Peckham.  Inner London areas like these offer property at much lower purchase prices than Prime Central London while rents are not so heavily discounted so rental yields are much higher.

A good creative scene adds character and could lead to something of a “Shoreditch effect” in time.  Good transport links enable young professionals to get into Central London quickly and being in Zone 2 means it’s cost effective to travel to work/entertainment.  My ideal strategy would be to draw in relatively wealthier young professional tenants without diluting the unique character in these areas too much – i.e. renting or selling new or refurbished flats to young professionals while enabling smaller independents to rent (or buy) the commercial units on low/turnover rents.

Two Central London locations that I believe still offer a lot of potential for growth are Vauxhall and Elephant & Castle.  And the Wandsworth Road area is still very cheap and will inevitably benefit from the massive regeneration projects that are going on around it.”

Here is a great infographic on London Property Hotspots:

Got something to say? Share your thoughts by using the comments box below: