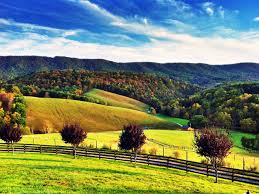 Virginia is one of the most underrated states in America. This is especially true if you look at it from a real estate investment angle. Some of the cities here are replete with great opportunities. Let’s take a look at some of the best Virginia locations in terms of the housing market. If you’re looking for an adventurous investment, Virginia could be the place for you!

Property in Vienna? Sounds pretty luxurious, right? Well, it’s not the Vienna you’re probably thinking about. But Vienna, Virginia can undoubtedly be a great location for housing investments. It’s basically everyone’s favorite city in Virginia. In fact, it’s ranked as #7 in terms of livability when you consider all the cities in America. One thing to consider: the costs of living here are about 49% higher than the average Virginia city. You should also take into account that the population is less than 17,000. There may not be wild demand from new home buyers.

Fairfax is one of the most famous cities in Virginia, and for good reason. It’s one of the most highly esteemed places in the state when it comes to livability. Crime and unemployment are very low. The housing is generally of a fantastic quality. And there are more amenities than you could shake a stick at, if shaking sticks at amenities is your thing. Real estate prices and sales hover in the $450-700k area. Which does highlight a problem with it: it’s one of the most expensive housing markets in the state. Of course, this means that you have big potential for profit here. But it’s going to take a lot of capital. Still, the housing market here has been stable for years, so it may not be too wild a risk!

Virginia Beach is a wonderful location. It’s not as small as its title would suggest. It’s actually the biggest city in Virginia! It has a population of around 450,000, and its crime rates are very low. The graduation rates are also impressive. It’s got a great beach, of course, and is something of a resort city. Real estate in this area is contained in a healthy housing market than sees a median listing price of $300k. This is going to be one of the first locations someone looking to move to Virginia is going to scout. An investment in this area could pay off very well.

No, this isn’t the same place as the new series of American Horror Story is set. The Roanoke colony disappearance occurred in California. So paranormal fears won’t be driving down real estate prices here! Roanoke is actually a calm and gorgeous city with some of the best schools in the state. Closing prices in this market are currently found at around $150k. This highlights the fact that this isn’t an opulent, overly-luxurious place. In fact, despite what the great housing may imply, the costs of living are 13% lower than the national average. This makes is extremely attractive for new buyers who are interested in Virginia.