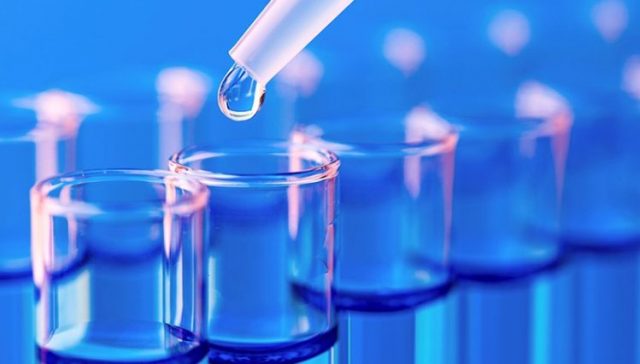 As with any investment, there’s no such thing as a sure bet in the medical industry. Any stocks involve risks, especially in something as volatile as the production or distribution of medicines. But, anyone looking to put their money in the best place will typically look to pharmaceuticals. And, until now, they have been the most attractive option. It’s no secret, after all, that there are vast sums of money in the pharmaceutical world. While there’s always a risk that medication won’t succeed, the majority of large name companies are more than able to weather losses without impacting your investment.

By comparison, biotech has often been seen as the ‘risky’ alternative, for those who aren’t afraid to play with investment fire. Biotech companies are, after all, generally smaller and less able to withstand setbacks. Not to mention that an astounding 90% of chemical trials fail. Those are odds which no investor is likely to be happy with.

But, the more changes we see in the medical world, the more of a shift we see between these two investment options. For one, growing competition and changing needs in the pharmaceutical industry are making it increasingly difficult terrain in which to invest. At the same time, biotech investments are only becoming more valuable. If you don’t believe us, consider the following reasons why buying stocks in this area could be worth your while.

It is, of course, first worth noting that the biotech industry is booming right now, with ten-year annual returns up by 15.25%. 2018, in particular, was a record year for biotechnology, with ten U.S. companies managing to raise an astounding $1.3 billion before their research even reached clinics. These early investments, in turn, fuelled the fire for biotech to go even further.

The reasons for this boom vary, with some blaming previous big biotech successes. It’s also fair to argue that biotech is growing at such a fast rate to keep up with demand. An increasingly aging population means that investment into new treatments is also a pressing priority. As we face new and before unseen health complaints, we’re increasingly relying on biotech teams rather than pharmaceutical companies to keep us in top shape. It’s also thought that efforts from the Food and Drug Administration (FDA) to reduce drug approval times has removed at least some of the risks for investors here.

Whatever the reason for this current boom, though, it’s fair to say that wise investors could benefit from jumping onboard. As success and demand continue to soar, stocks in this area only look set to become even more valuable.

Weeding out your competition

It’s fair to say that pharmaceutical investment has become a pretty competitive place. That’s no surprise when you consider that the majority of individuals looking to invest in the medical world will turn here first. Not everyone understands the value of stem cell research and DNA, after all. But, we all understand the sheer amount of money which big-time pharmaceuticals can bring.

The trouble is that, when there’s more attention in an area, there’s less chance to earn big. That’s because there will always be limited stocks on offer. You may even find that stocks for new releases from the most prominent companies sell before you’re able to get onboard, leaving you investing in less than ideal pharmaceutical products.

There’s far less risk of that with biotech investments, as the smaller companies here primarily rely on investment to get themselves off the ground. With the right research, then, you should easily be able to buy as many stocks as you can manage from a potentially game-changing company which have fallen under other investor’s radars. And, that means more money for you in the long-term.

A shot at significant returns

It’s also worth noting that, no matter how many stocks you invest in a biotech venture, you stand to see significant returns if you invest wisely. That’s because biotech uses research methods like DNA isolation and organism modification to stay at the cutting edge of this industry. If you know what to look out for, then, you could invest early stocks in a company which goes forward to take the medical world by storm. And, when that happens, you’re sure to see your money more than double before you know what’s happening.

Of course, pharmaceuticals do promise substantial returns too, but that’s becoming increasingly less the case. That’s because the drugs that these companies offer are fast becoming out of fashion, or are trying to succeed in an already saturated market of similar products. You certainly won’t find the same potential for a sudden investment boom which biotech could lead to.

Perhaps the main reason for investment hesitation here is the fact that biotech companies tend to be smaller and less well known than their pharmaceutical counterparts. Understandably, investing in an otherwise unknown company can seem daunting. For one, there’s no guarantee that they’re a company whom you can trust with your money. There’s also the risk that smaller businesses won’t have the financial backing to cope with setbacks or delays.

But, there’s less need to worry here when you consider that the majority of biotech companies also team up with large name businesses once they’re ready to release or develop their research. While you will want to invest before a pairing like this, then, it would be beneficial to look out for biotech businesses which have secure connections with larger names who could help them later on.

There’s no denying that biotech investment still has its risks. As with any research area, there’s simply no guarantee of a return. But, the same can be said for any investment, and there’s now enough working in biotech’s favour to make attention here worth your while. All it takes is a little know-how, and some basic industry knowledge to make this far more worthwhile than the pharmaceutical investments that you’ve been considering before now.

How To Ensure Your Workplace Stays Safe And Sound 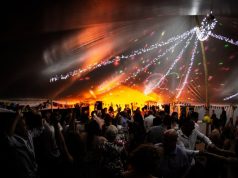 Make Your Next Outdoor Event Safe for Everyone 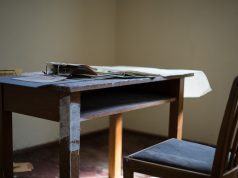 Preventing The Spread Of Disease In Your Business