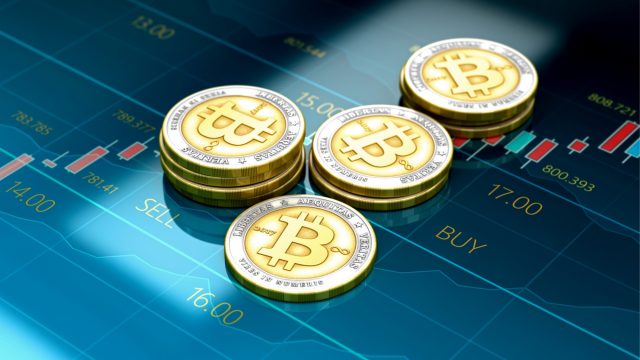 Property investment could be about to embark on a dramatic transformation, as the rise of Bitcoin and other cryptocurrencies are becoming more prevalent in the UK market. Over the past year, there has been a wealth of debate in the media that has discussed how this new asset will have a place into the existing old and pre-established financial structures. After raising much speculation, it has also been concluded to be a natural progression of the digital age as the whole economy is progressing alongside the changing face of technology.

Bitcoin is a cryptocurrency that is a digital currency as opposed a physical, tangible coin, like the sterling, and can often be referred to as a safer, more secure way to carry out transactions as there is little to no room for fraudulent dealings. Generally, these cryptocurrency transactions are processed and completed through a Blockchain network.

The property market has already begun to feel the effects of the changing currency. Luxury homes are being purchased using Bitcoin by early adopters of the cryptocurrency movement. The Ukrainian government have already entered in agreement with a global property firm to establish a Blockchain ledger designed to asset the sale of property. The first sale was conducted using Ethereum, perhaps the second most popular cryptocurrency after Bitcoin.

As more companies begin to adopt this trend, it is becoming more widespread as people are being made aware of the benefits. Within the property market, it is the first large change that has really had an effect on the way the market can run. For years, the property sector has stood unchanged and uninfluenced by economic trends occurring around it, but Bitcoin began to break this unchanged sector. Bitcoin was particularly attractive to the millennial demographic as they wish to conduct transactions with this new, innovative technology, often wanting property investment firms to meet them in the middle.

On a whole, Bitcoin and cryptocurrency is seen as more ethereal, and less real. This is the main element that spooks banks and other financial institutions. Even the owners of Bitcoin have expressed that they are wary that they may have problems trying to convert their new-found fortune into ‘real money’, leaving people cautious. This is where property can come in, as solid bricks and mortar is seen as a safer way of spending cryptocurrency as it can be tied up in property which is viewed as a more tangible asset.

These progressions within property really show the market moving forward. Leading UK property specialists RW Invest are yet to adopt this trend, but state that it is fantastic news and is a great way to prove that there are positive progressions in the property industry. Overseas investors, particularly in the Far East, are enticed by the diverse range of properties available on UK soil and will no doubt be intrigued by the possibilities of cryptocurrency too.

Property firms will eventually benefit from cryptocurrency, as transactions can be conducted more quickly than previously. If Bitcoin really rises to prominence, then this may eliminate transaction fees and paper contracts. The future looks promising, and the use of cryptocurrency in the UK property market could end up being a huge success.