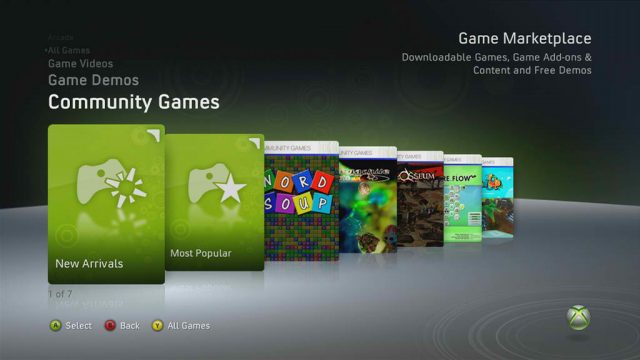 We tend to look at cryptocurrency primarily in two ways these days: as a tech vehicle for blockchain innovation, and as an investable asset. These are the most important areas, to be sure, but it’s also worthwhile to keep an eye on cryptocurrency’s opportunities for day-to-day use as an alternative currency – as it was originally intended, in fact. And considering things from this angle, the video game industry may well end up being very important for cryptocurrency. Consider a few specific corners of this industry:

One of the major misfortunes cryptocurrency has experienced insofar as its functionality as everyday money goes was when Steam – the internet’s biggest game download platform – cut off bitcoin usage. This was done due to the volatility of the leading cryptocurrency, and while it was an understandable decision, it closed a fairly major market to bitcoin use. Microsoft, however, which handles downloads and online game sales relating to Xbox systems, has been friendlier to cryptocurrency. The company did halt crypto activity, but resumed bitcoin payments earlier this year.

Casino sites occupy their own unique area within the gaming world, but it’s quite a large area, with countless gaming platforms and millions upon millions of players. As a result, there’s actually a fair bit of discussion about how to choose the best site to play on, enveloping considerations about game selection, software, bonuses, security – and, ultimately, payment methods. Because of this, some casinos sites have already given cryptocurrency a shot, seeking to differentiate themselves from the broader market and gaining some attention in the process. The clear opportunity here is for this idea to catch fire, and for some of the larger sites in the business to welcome cryptocurrency activity as well.

This is a smaller category, and one that to be fair, people might not gravitate toward unless they already harbor a specific interest in cryptocurrency. Still, it should be noted that there are arcade games about cryptocurrency. In some respects these clever games can teach players how a blockchain works, or get them accustomed to using one. But they’re also meant to be every bit as entertaining as the average browser or mobile game. It’s a clever category, and it will be interesting to see if it expands in the coming years, and if so, what specific experiences it produces.

Ultimately, these three examples illustrate that there is actually fairly significant potential for gaming to help making cryptocurrency more useful to a larger population. That doesn’t mean crypto coins will be replacing fiat currencies anytime soon, but it’s a reminder that cryptocurrencies aren’t just assets.