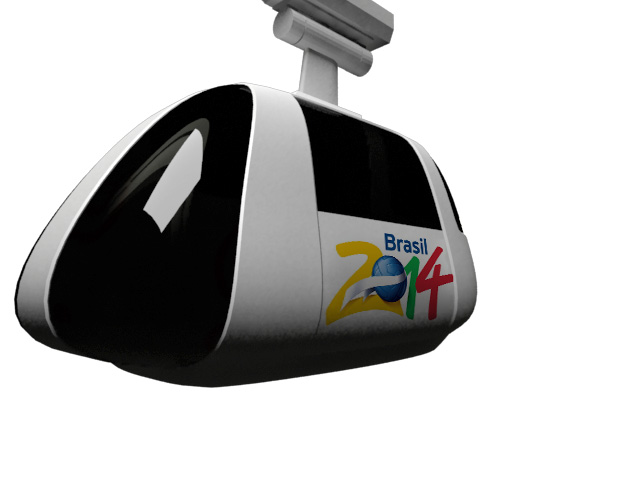 Personal Rapid Transport, an expression 90% of the population have no idea of its meaning but if I said Monorail, they`d understand better but they`d still be wrong. PRT is built just for you. Its a private transport pod akin to a taxi. Board a T-Pod and depress the touch screen for your destination and you`re off non-stop from A to B.

Heathrow Airport has the first system in the UK, our intention is to put the first system into Malta. We are working with the Government right now and hopefully by the end of the year we`ll be moving there lock stock and barrel. At 5 million a Kilometre of track its not cheap but when compared to traditional methods, trains, trams and buses etc, its a fraction of the cost plus it costs little to run and maintain. Owing to the fact we just know everyone will want to ride it, fares will be cheap, this is the future transport mode that will release us from transport problems we have put up with for years.

There will be no more car crashes, road deaths, pollution, car tax, garages, petrol sales,oil sales, cars will be a thing of the past. With pod stops every 300 metres there` ll be no reason to get a car out ever again. One of the nicest parts for the passenger is the price, we are aiming at a pound/Euro/dollar a trip regardless of the length of that trip.

Lets take a city with a million population, no doubt they would all ride it but lets conservatively just 10% of the population or 100,000 rides to work in the morning and 100,000 rides home at night. Thats a million a week banked or 50 million a year. So a ten Kilometre track is paid for in a year in theory.

In our company growth we came across Spectrum Blue Steel, a pioneering company working in the Philippines who build incinerators that eat city rubbish and reduce it to its bare components such as oil, tar, carbon, methane,diesel and most of all electricity, and its this component that powers a PRT. Needless to say, the two products go hand in glove. So our offer to cities over the last six months has been to install both systems and also change all the street lighting to better brighter LED lights powered by free electricity. SBS have been building their first unit in the Philippines and have recently come into some money see http://news.yahoo.com/tgeg-secures-one-billion-euros-funding-120228525.html a billion dollars in fact.

This might open new doors for us and might even kick start our company by allowing us to build a track in Malta. In these early days we don`t need money as any city taking us on will receive a non-recourse loan of 100 million and our fees are tied up in that, what we do need is to sell a few shares to make us liquid, so we are having a Share Participation Scheme soon with a million shares up for grabs. If you have an interest please let me know by using the contact form below: