Hurricane Energy in the West of Shetland focusses on making geological discoveries of hydrocarbon resources within natural fractured basement reservoirs. The organisation can proudly boast of discovering more undeveloped oil resources in the UK than any of its competitors, as well as holding a share value of £802.46 million.

The decision to increase investment from Barclays reflected a larger change in attitude towards the sector, which previously was bleak due to uncertain economic factors such as Brexit. The results achieved by Hurricane in relation to the amount of oil produced on budget and on schedule was a driving force in the attitude change.

These results follow a carefully structured plan which since its development has seen over 1.6 million barrels of oil being sold. The first phase of this operation (named the Lancaster Early Production System) was particularly critical in the success as the cash-flow from this stage alone is influential in the organisation’s growth.

Hurricane Energy was developed in 2004 by Dr Robert Trice, who believed there was a “significant untapped resource” within UK-based basement reservoirs.

Following the publication of the Half-Year results Dr Trice commented: Achieving first oil on schedule and on budget is a remarkable achievement and a huge credit to our operating team, our partners and contractors.

Ross Kelly, Managing Director of Investor Square also comments “this move by Barclays really helps to boost the profile of an already ambitious organisation with an eye on the entrepreneur market.

“We know times have been tough financially but it is very reassuring to know that a calculated risk has been made. It shows an encouraging future despite a challenging climate.” 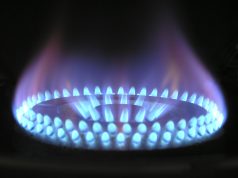 What Does The UK Gas Crisis Mean For Local Businesses? 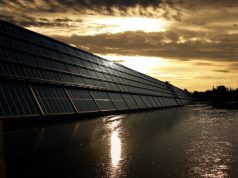