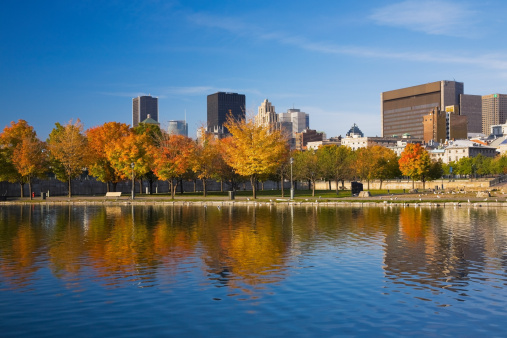 The CREA statistics for average housing costs in April, 2012 are now available. The average home in Toronto came in at $518,556. Vancouver, Canada’s most expensive city, was even pricier. Today, adults who grew up in centrally located single family homes are often forced choose between raising their children in apartments or moving to far away suburbs and commuting into the city for work.

Fortunately, there are alternatives. Many smaller Canadian cities offer excellent quality of life yet are very affordable. These cities are not without economic challenges. However, they are worth considering for families who want a more comfortable life than they can afford in Canada’s largest cities.

Here are the 10 most affordable cities in Canada:

St. Catharines is on the road from Toronto to Niagara on the Lake, Niagara Falls, the Niagara wine region, and Buffalo. Many people pass through it on the Queen Elizabeth Way, but few are aware of St. Catharines’ interesting 300 year history, extensive park system, and active theatre scene. St. Catharines’ economy is dominated by two General Motors plants, by telecommunications companies, and by the public sector.

London is located in the middle of southern Ontario’s farm country, approximately halfway between Toronto and Detroit/Windsor; a two hour drive from each. It is home to the University of Western Ontario, which is known for its business school and its biomedical research. It also has an active live music scene, including a symphony orchestra.

The river that divides Ontario from Quebec divides Gatineau from Ottawa, Canada’s capital and one of its most expensive cities. While Ottawa is a majority English speaking city, Gatineau is French speaking. Gatineau’s main industry, like Ottawa’s, is government. The two cities function as a single metropolitan area.

Located two hours from Montreal and near to the U.S. (Connecticut) border, Sherbrooke was originally settled by American loyalists at the time of the Revolutionary War, and its historic downtown is still intact. It’s a university town, with eight institutions of higher learning and an industrial economy. Today, the vast majority of Sherbrooke residents are Francophones. Sherbrooke is located in a beautiful area and has skiing, boating and hiking areas nearby.

Saguenay is a three hour drive north of Quebec City, located in a temperate zone in Quebec’s northern wilderness. There’s no road leading north from Saguenay; it’s the end of the line. Saguenay has a French speaking population and its economy is centred around industry and water power.

Thunder Bay is located in an area of stunning natural beauty on Lake Superior’s north shore. Duluth, Minnesota, its closest neighbour, is four hour’s drive to the west. Historically a lumber town, Thunder Bay is now also an administrative hub for the Ontario government and has many people employed in the public sector.

The Canadian part of the Detroit-Windsor cross border metropolis, Windsor is the centre of the Canadian automotive industry. The housing market in Windsor has suffered over the past decade as the auto industry has struggled, but the fact remains that Windsor is a charming, lively city with easy access to Detroit’s impressive shopping, sporting and cultural amenities. Windsor itself is known for its Italian and Chinese neighbourhoods, its nightlife, and its spectacular view of Detroit’s skyline.

Saint John is the largest city in New Brunswick. It is within a three hour drive of Nova Scotia and Prince Edward Island and a two hour drive of the U.S. border in Maine. It’s a historic city that played a role in early Canadian history, in the American Revolutionary War, and in the War of 1812. Located on the Bay of Fundy, Saint John was once known for its port and its shipbuilding industry. Today, St. John’s economy is dominated by technology companies, paper products, Moosehead beer, and the Canadian Forces.

Located between Montreal and Quebec City and an uncomfortably long commute from each, Trois Rivières is an industrial port city that was historically known for processing lumber and iron and producing paper. Today, Trois Rivière is still manufacturing products, including wind turbines, thermoplastics, electronics and furniture. It is a French speaking city.

If you are considering buying an investment property in Canada, you should read about Is An Investment Property In Your Future? What You Need To Get Started, written by Kanetix.ca – the leading mortgage rate online comparison service. With all the tools and resources that Kanetix offers, including their mortgage payment calculator, you can sort all the purchase & financing details for your mortgage needs with ease.